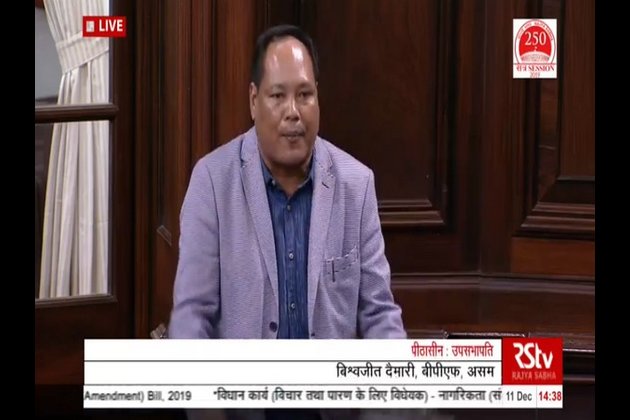 All Northeastern parties except SDF vote for CAB in Rajya Sabha

Congress and the SDF had also opposed the Bill in the Lok Sabha on Monday.

While announcing their support for the Bill, Naga People's Front (NPF) member KG Kenye said that the legislation was not about any religion and was the need of the hour to free the states from illegal migrants.

"I support this Bill. People in north-east have no religious bias and aren't communal... It's not about religion, minority or majority communities. It's about illegal migrants who've come into our region and threatening to run over our population," he said.

Bodoland People's Front (BPF) MP Biswajit Daimary also reiterated his party's decision to side with the government on the Bill which provides for citizenship to people who fled religious persecution from Pakistan, Bangladesh and Afghanistan.

The Bill was approved by the Rajya Sabha with 125 votes in favour and 105 members going against it. It was passed from the Lok Sabha on Monday. (ANI)