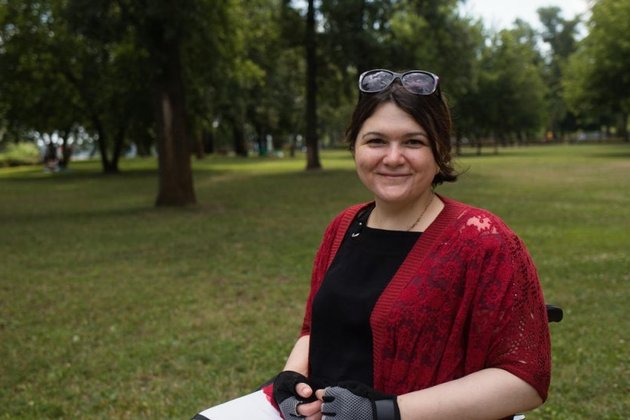 Activist champions rights of people with disabilities in Ukraine

Tetiana Baransova fell and broke her spine while doing gymnastics at school when she was just 10 years old.

A wheelchair user ever since, she has steadfastly refused to let her injuries limit her life - and has become a powerful advocate for others with disabilities in her native Ukraine.

In 2002, she set up Ami-Skhid, a non-governmental organization to help young Ukranians, women and families overcome disabilities through advocacy, services and counselling. It has since grown into a regional network of NGOs. In April, she was also named the government's representative for people with disabilities.

For her work, she has been chosen as the regional winner for Europe of the UNHCR Nansen Refugee Award, a prestigious annual prize that honours those who have gone to extraordinary lengths to support forcibly displaced and stateless people.

Her leadership and quiet natural authority came to the fore in 2014 when conflict broke out in eastern Ukraine. People with disabilities in her home city of Luhansk and the region - which straddles the contact line - were particularly vulnerable, so Tetiana stepped in.

Amid the fighting, she was able to escape by road from Luhansk with her son Pavlo, who was then eight years old, and her husband, Oleksiy Soroka, who also uses a wheelchair.

She recalls the sound of sirens and how Pavlo cried during an artillery attack, refusing to shelter from the shelling in a basement without his parents, who could not enter with their wheelchairs.

Once safe, she set about organizing evacuation for many others. She created a hotline and was personally answering phone calls from people with disabilities stuck in the conflict zone. This hotline helped some 5,000 people with relocation, cash assistance, as well as legal and psychological support. Her leadership combined decisiveness and empathy.

"My life story allows me to understand the people I work with," Tetiana says.

Ukraine's government said in February it has registered more than 1.6 million people as internally displaced and affected by the conflict. Of these, 416,000 have a disability although there are few dedicated services and provisions for them.

One of those Tetiana helped is Kateryna Ryazantseva. The 40-year-old left Luhansk in 2014 with a newborn daughter and 22-year-old son, Dmytro, who has an intellectual disability.

In the capital, she struggled to find an affordable apartment, get registered and pay for living expenses and treatment for her son. Tetiana helped her with her national ID. She also persuaded municipal authorities to start delivering free toiletries for Dmytro and other internally displaced people with disabilities.

"Tetiana is my guardian angel," Kateryna said. "She is my closest friend in Kyiv."

Tetiana went further, setting up an online school for the many internally displaced children struggling to cope with a transition that was particularly hard for those with disabilities.

The school functioned via Skype for two years starting in 2014 and taught around 1,000 children. Many teachers donated their time for free and Tetiana, who has degrees in sociology and art and is doing further postgraduate research, taught drawing.

Valentyna - whose son Nazar has a debilitating kidney disease and attended the school - became a traveling companion for Tetiana as she journeyed through eastern Ukraine to support people with disabilities living near the conflict line. She also helps Tetiana in her new role as government representative on disabilities.

"Tetiana is a teacher for me," Valentyna, 35, said. "I can't understand how she manages to help everybody and where she gets energy for everything."

Oleksiy, 46, also joins them on the trips, as a driver. They met in Kyiv, where Tetiana worked as an administrator at Ukraine's first rehabilitation center for people with disabilities, and Oleksiy fixed wheelchairs. They got married, moved to Luhansk and founded Ami-Skhid together.

But her activism extends beyond the NGO. While teaching at a university in Luhansk, she persuaded the university to make the campus wheelchair accessible.

Tetiana said she does not work for honours or recognition, but hopes her regional Nansen Refugee Award will provide "more opportunities to be heard" in her life's work of advocating on behalf of people who have disabilities.

"We should do everything to make this life better, because life is very difficult as it is," she said.

You can read about the other regional winners of the UNHCR Nansen Refugee Award here. 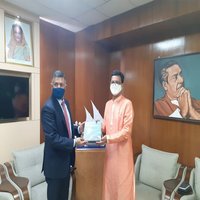 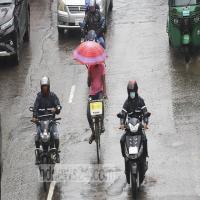 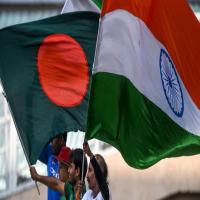 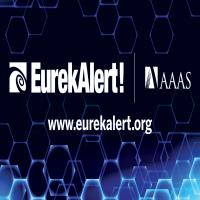 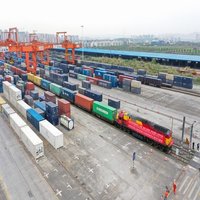 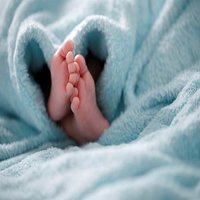 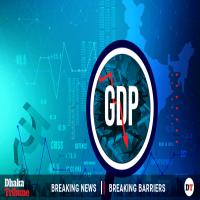 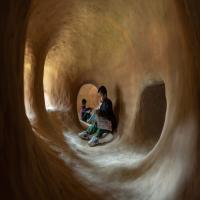 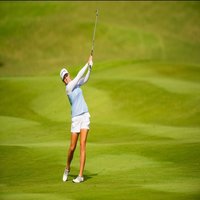 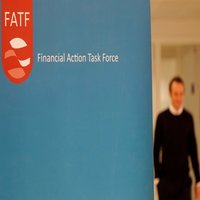 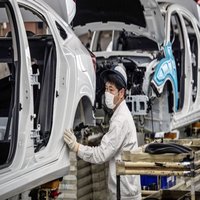 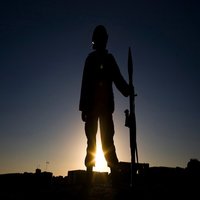 Fury in Israel after Palestinian negotiator is provided medical care 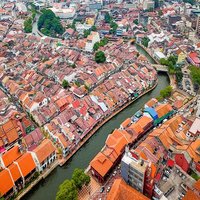