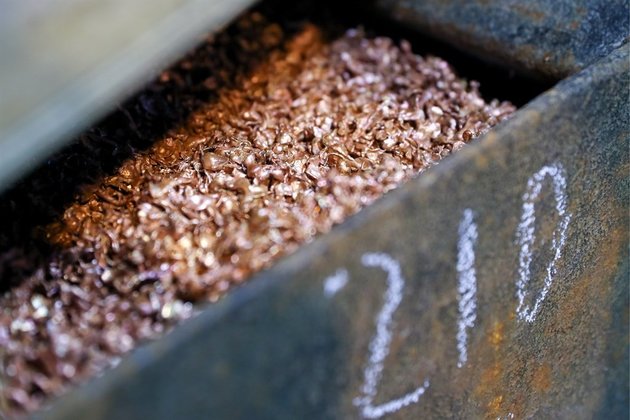 Copper and iron ore prices hit record highs Friday as demand for the key commodities surges on the back of a powerful recovery in the global economy, though Asian equity markets struggled to maintain an early rally ahead of a keenly awaited US jobs report.

With major economies led by the United States and China reopening after last year's shutdowns, industries are ramping up production, pushing the cost of materials ever higher as traders also worry about a lack of supply caused by the pandemic.

Copper, a major indicator of the state of the global economy owing to its use in a multitude of products, finally broke to an all-time high above $10 200 per ton on Friday, and with the global recovery expected to continue for some time, analysts say the price can continue north.

And Commerzbank AG analyst Daniel Briesemann added: "The long-term prospects for metals prices are 'too good' and point to higher prices in the next few years.

"The decarbonisation trends in many countries - which include switching to electric vehicles and expanding wind and solar power - are likely to generate additional demand for metals."

Iron ore also broke to new levels above $200 a tonne as commodities prices across the board advance, with lumber, tin, bacon and sugar all sharply higher.

However, that has fanned fears about a spike in inflation around the world that many warn could force central banks to wind back their ultra-loose monetary policies that have helped fire a global markets rally for more than a year.

Top bankers led by the Federal Reserve have repeatedly pledged to maintain their accommodative measures for the foreseeable future, though many believe their hand could be forced by a period of excessively high inflation.

US jobs in focus

Eyes are now on the release of US jobs figures later in the day, which will be the latest indicator of the state of the world's top economy.

They come a day after a forecast-beating reading on unemployment benefits that showed claims fell to their lowest since the coronavirus struck last year, and two days on from news that 742 000 new jobs were created in the private sector in April.

The reading "is another proof point that we're one step closer to full economic recovery. As we see some serious momentum building on the jobs front, all eyes will be on how this plays into action taken by the Fed."

NAB's Catril was bullish on the outlook for the jobs markets, saying in a report that "it seems reasonable to suggest further declines in claims should be expected".

The positive jobs readings helped propel the Dow to a new record on Wall Street, while the S&P 500 also rose and the Nasdaq ended a four-day retreat.

There was little reaction to figures showing Chinese exports soared far more than expected last month thanks to a burst in demand as economies reopen, while imports saw their biggest rise in 10 years as domestic consumers returned to a form of normality.